The management of the attendance can often be a good burden on the lecturers if it is done manually. To resolve this problem, a smart and auto attendance management system is being utilized. But authentication is a crucial issue in this system. Biometrics are generally used to execute a smart attendance system. Face recognition is one of the biometric to be used. The human face is a vital authentication parameter, it has many applications in other fields such as video monitoring and CCTV footage system, access systems present indoors and network security, identification of people, electronics, and validation of identities. By using a similar framework, the problem of proxies and students being marked present even though they are not physically present can easily be solved. The important implementation steps used in this type of system are face detection and recognizing the detected face. This paper proposes a model for implementing an automated attendance management system for students of a class by making use of face recognition technique, by using Convolutional Neural Network (CNN). After these, the connection of recognized faces ought to be conceivable by comparing with the database containing student's faces. This model will be a successful technique to manage the attendance and records of students.

Basics of a police complaint

Nowadays, people prefer cashless transactions out of which card payment is most prominent. But with its popularity and ease of use, comes threat. The threat of fraud and misuse as we have seen in many debit card fraud cases wherein victims come to know about the fraud transactions done on their account only after the transaction was done and they couldn't do anything. Hence detecting such frauds while they are actually happening is difficult. It is only after the transaction is done, we get to know that this particular transaction was fraudulent. Hence in this paper, we have tried to throw some light on a combination approach that includes Hidden Markov Model and Fuzzy logic which we believe can help in accurate detection and prevention of frauds related to card payments.

People across the globe are becoming more conscious regarding their weight, eating more healthy food and avoiding junk food. A system that can measure calories and nutrition in everyday meals can be very useful for maintaining our health. Calories and nutrition measurement system are very beneficial for the people to measure and manage their daily food intake. Dieticians are educated with nutrient value of foods; hence they can provide a diet based on a person’s eating timing, height, and weight. The system is an expert system so it asks all this data from the user and processes it. The system stores and processes this data and then calculates the Body Mass Index and Body Fat and provides the user with a personalized diet to fulfill their goals

The weakest force ever known to us is the gravitational force but on the other side it is the only force which binds our universe. According to Sir Isaac Newton, gravity acts between two bodies placed at some distances and have some stationary mass, but what if the bodies have only moving mass, what do you think, the gravitational force would be same in this case as well, as it was in case of stationary mass.

March- April, 2018 Research Paper 1. Study of Linear and Non-Linear Buckling Analysis of Reinforced Concrete Wall RCC walls are used worldwide to resist loads due to gravity and earthquake. Many of the tall buildings had buckled during recent earthquakes due to poor design and construction practices. When the RCC structure is subjected to axial […]

Submit Paper OnlineView Format (pdf)If you have any questions regarding the publication of your paper then call us at: +91-8195072273 or send us you query through our contact page 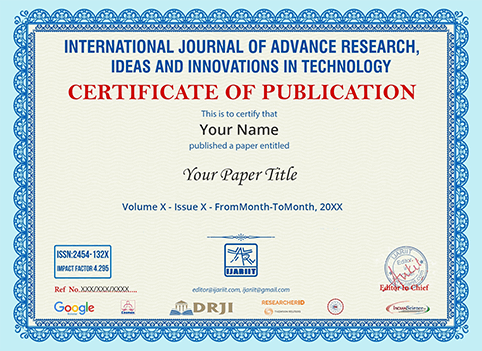 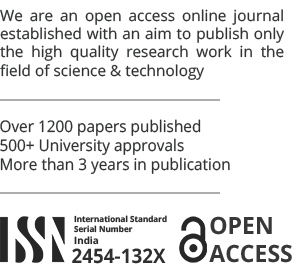 All content of the journal will be licensed under Creative Commons Attribution-NonCommercial-NoDerivs 2.5 India License.
Request a Call
If someone in your research area is available then we will connect you both or our counsellor will get in touch with you.
X
Journal's Support Form
For any query, please fill up the short form below. Try to explain your query in detail so that our counsellor can guide you. All fields are mandatory.
X
Enquiry Form
Contact Board Member
X
Contact Editorial Board
X
X